A city trip to Naples: Small “Botteghe” in the midst of lavish sights 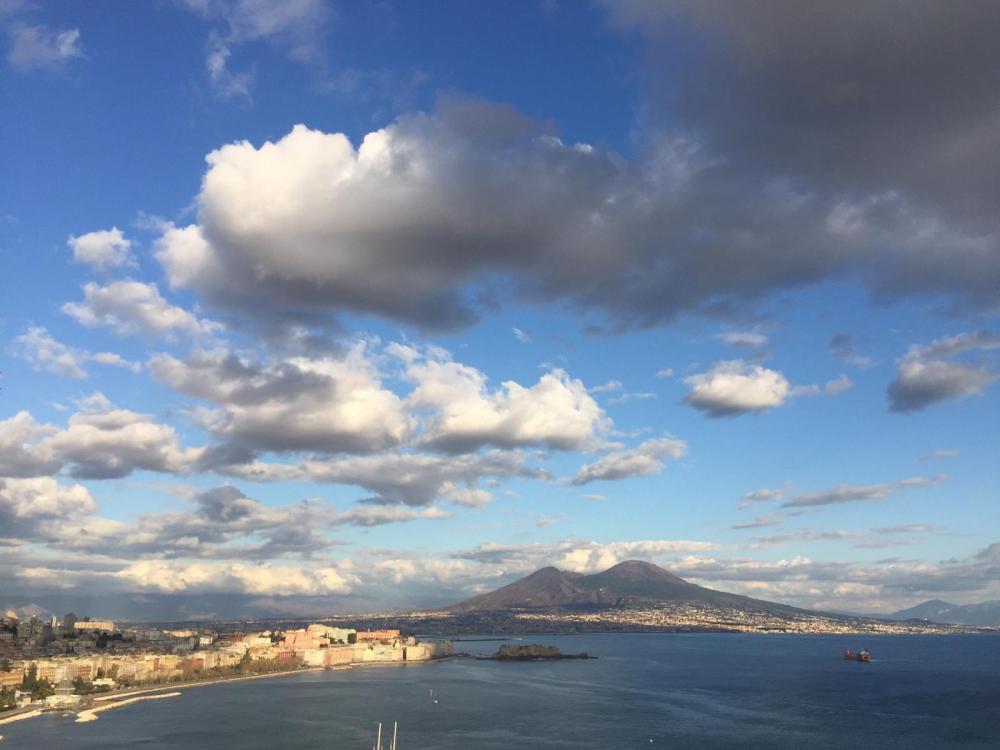 Sunshine, seaside and pizza-these things come to mind when thinking about the southern Italian city Naples. However, this is not all this city, located on the coast of the Tyrrhenian Sea has to offer-it also boasts lots of traditional fashion and design labels, which are well worth the visit.

“Simme ‘e Napule paisà!” is something born and bred Neapolitans say when arriving in their hometown. This expression translates to “We are in Naples, countryman!”. The third largest city in Italy is known for its breathtaking view of the Gulf of Naples: You can see the active volcano Vesuvius with its formidable craters. After it erupted in 79 BC the volcano covered the entire city of Pompeii and Ercolano in ash. From the Gulf of Naples you can see three beautiful islands: Ischia, Capri and Procida. The famous Amalfi Coast is not far away, yet Naples offers lots of places to discover in itself.

Handmade umbrellas and an infamous neighbourhood

The city centre in particular plays host to many different “Botteghe”- small local shops that sell clothes, jewellery and accessories. The history of a “Bottegha” is usually rich in tradition and another characteristic of these stores is that they manufacture handmade products. Mario Talarico (located close to the tube station Toledo) is an example of one of the afore mentioned shops and it has been selling high-quality umbrellas and walking sticks since 1860. Upon request personalised umbrellas representative of one’s personal style can also be purchased here. The family business’ only shop can be explored on “Via Toledo” and their manufacturing site is on “Vico due Porte a Toledo”.

“Via Toledo” is one of the longest streets in all of Naples and connects the two squares “Piazza Dante” and “Piazza del Plebicisto” If the hustle and bustle of this busy shopping street should ever get too much, one can seek the calm in the neighbouring alleys of “Quartieri Spagnoli” (the Spanish quarter). Throughout the reign of the Spanish viceroy in Naples (16th century) soldiers lived here, hence the name of the district. This part of Naples is not a place one should explore alone at night, as this neighbourhood is known to be disreputable and rather dangerous, which is not something one would gather from the picturesque, narrow alleys with their little houses and washing lines.

take tube line 1 and get off at “Toledo“

take tube line 2 and get off at “Montesanto“

A piece of Milan in Naples

Continuing on “Via Toledo” and turning into the side street “Via San Carlo”, one would believe to have traveled to Milan in the space of minutes. For here you can find “Galleria Umberto I.”- a copy of the Italian fashion capital’s famous shopping arcade. Upon request of King Umberto I. the Neapolitan version was built between 1887 and 1890. The arcade in Naples may not be as pompous as the one in Milan, that does not change the fact that it has pretty architectural features.

“Via San Carlo” leads the way to one of the most famous squares in all of Naples “Piazza del Plebiscito”. The square has the name “Plebiscito” (referendum), because in 1890 a referendum has held here deciding upon the annexation of the Sicilian Kingdom to the Sardinian Kingdom. Around the square you can see the former royal palace “Palazzo Reale”, the basilica “San Francesco di Paola” and the “Palazzo Salerno”, a palace used by the military.

Not far away from the “Piazza del Plebiscito” is “Via dei Mille” a street that is home to the luxury brands of your dreams, shops from “Moncler” to “Louis Vuitton” all reside here. However, if luxury is what you are after, you ought to try your luck at the “Bottegha” called Tramontaro on “Via Chiaia”. The shops offers handbags, wallets and luggage-all made out of leather. Since 1865 the company has been creating handmade leather goods in Italy. This shop too, produces bags upon request. Stars such as Hillary Clinton and Tom Cruise are big fans of Tramontaro.

take tube line 1 and get off at “Municipio“

take tube line 1 and get off at “Toledo“

Designer jewellery and a green oasis in the city

The jewellery shop Ventrella is just a few blocks away on “Via Carlo Poerio”. This “Bottegha” was founded in 1850 and has jewellery, watches and little figurines to offer its customers. The rings, necklaces, bracelets and so on are truly unique and designed in a very detailed fashion. The recurring labyrinth in the designs stands for creativity and breaking through rigid thought patterns. At the same it is the company’s logo.

After completing a (hopefully) successful shopping and sightseeing trip, the park “Villa Comunale” offers a place to relax. This is the biggest green recreation area in the centre of Naples and boasts an area of 110 000 square metres. We have King Ferdinand IV. to thank for this place, which was built in 1780, because the royal was inspired by the “Jardin de Tuileries” in Paris. At night the gates to the park are closed, therefore it is advisable to pay attention to the opening times.

Naples is a multifaceted city and has lots to offer its visitors: multiple churches, large squares and impressive shopping streets. While some areas may be disreputable, it is definitely worth taking a stroll through these small alleys, in order to find real, original fashion and design treasures. 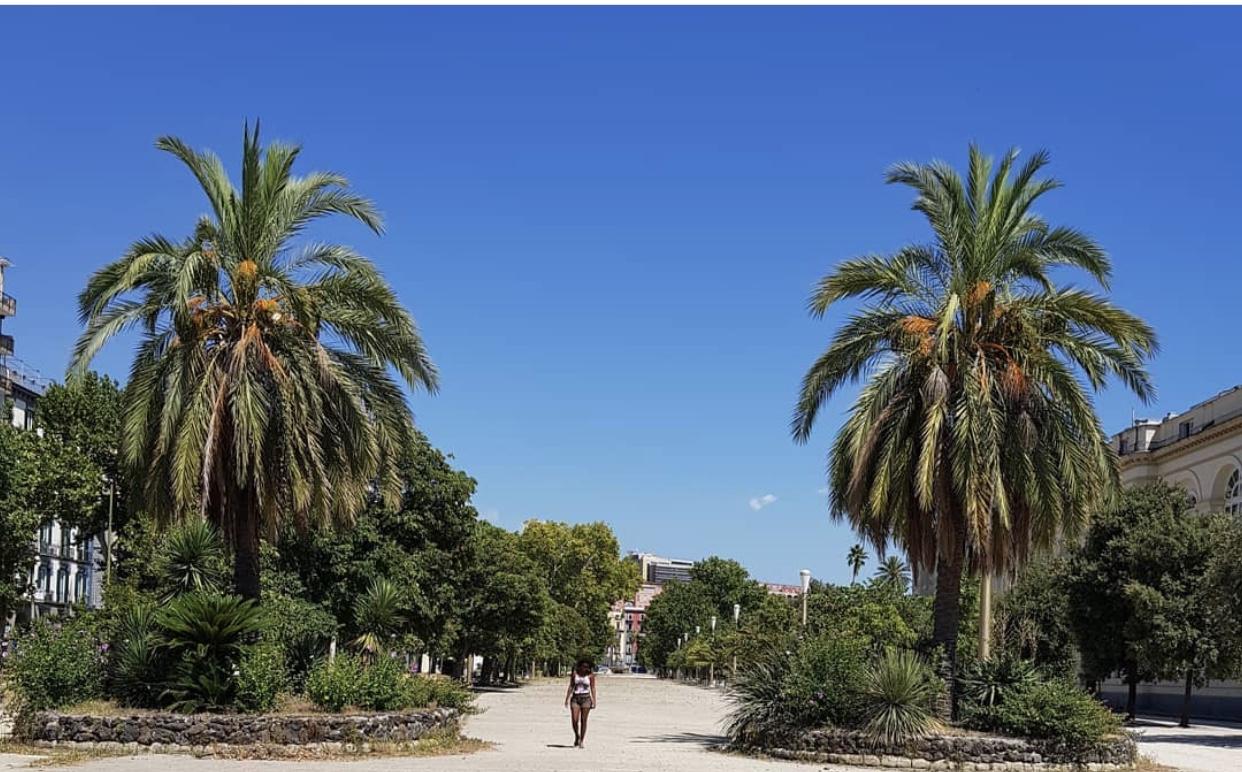 Tracing the steps of the emperor’s clothes

The Emperors of Vienna were reliant on the quality of the purveyors to the court of the Austro-Hungarian Empire. Not only did the imperial family leave their mark on the economic life, but also on the cityscape, as illustrated in the following article. Edited by Paloma Pöltinger