Tracing the steps of the emperor’s clothes 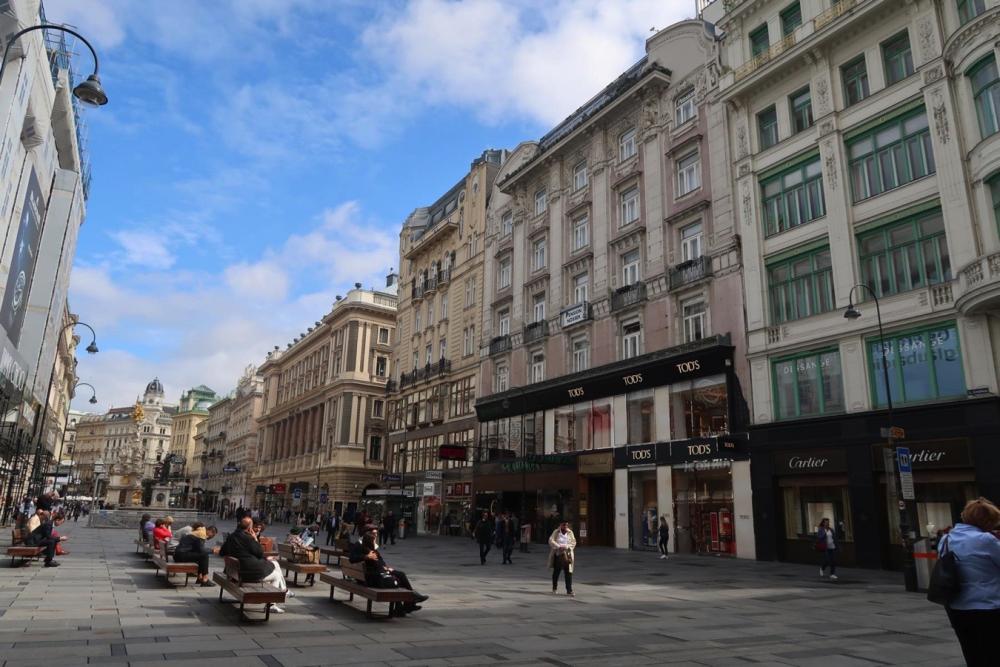 The Emperors of Vienna were reliant on the quality of the purveyors to the court of the Austro-Hungarian Empire. Not only did the imperial family leave their mark on the economic life, but also on the cityscape, as illustrated in the following article. Edited by Paloma Pöltinger

“Sissi Sterne” (jewellery in the shape of stars made famous by empress Elizabeth), custom-made shoes and suits are all items you can find in traditional Viennese shops located in the first district. However, the stores mentioned in this article are not your usual traditional shops, as they carry the title purveyor to the court of the Austro-Hungarian Empire (k.u.k. is the Austrian term). K.u.K. - the expression describing the Austro-Hungarian monarchy stands for “kaiserlich und königlich” and translates to “imperial and royal”. During monarchal times this was one the most honourable titles in Austria. The purveyors to the court of the Austro-Hungarian Empire supplied the reigning monarchs (Habsburgs) with an array of different products from tableware and pastries to clothing and jewellery. Often you would find these suppliers close to Hofburg as this was where the monarchs reigned, enabling them to deliver their products to their imperial customers quickly. Their exclusive products still exist to this day and their outstanding locations make shopping the Habsburg way and sightseeing easy to combine.

Rings, Gemstones and necklaces at Kohlmarkt

This walking tour starts at Michaelerplatz (you can get to this square by taking U3 to Herrengasse). At Michaelerplatz you can find the Adolf Loos Haus, which was built by the Viennese architect Adolf Loos. Shortly after its completion the new and modern building was faced with controversy. The commissioner of this shop was the tailor- and trading company Goldmann & Salatsch. The company produced high quality fashion and men’s clothing. In 1899 the company was named tailor to the court of the Austro-Hungarian monarchy. However, after World War II the company was dissolved.

Continuing the tour onto Kohlmarkt, where one can find the first purveyor to the court of the Austro-Hungarian Empire that exists to this day. The jeweller’s shop Rozet & Fischmeister is one of the oldest shops of its kind. The brand was founded by Nikolaus Rozet in the 18th century. After several years Franz Karl Fischmeister joined the company and became Mr Rozet’s business partner. The company has survived to this day and is currently run by the jeweller Franz Fischmeister junior, the shop has prevailed for six generations.

Kohlmarkt is one of the poshest streets in all of Vienna. The street already existed in Roman Times. The name of this road has its origins in the 14th century, in those days coal was traded on this very street. Ever since 1989 pedestrians have been able to walk here without being bothered by the usual city traffic.

Walk along Kohlmarkt until you reach the end of the street, then turn right onto Graben. Graben translates to moat. The shopping street was given its name, because in Roman Vienna a real moat was located on this road, in order to protect the inhabitants from invaders. Our next purveyor to the court of the Austro-Hungarian Empire can be found in Bräunerstraße, a side street exiting on the right side of Graben. The shoemaker Scheer was established in 1899. This company specialises in creating handmade shoes.

After this short excursion onto Bräunerstraße, the tour returns back to Graben, where you can see the plague column. On it you can see Emperor Leopold I (1640-1705), who reigned when Vienna fell victim to the plague. The column was erected in 1689 after an outbreak of the plague.

Suits and Co. at Graben

Graben 13 is where the next stop on our tour is located. Here you can find the tailoring company Knize. The tailor and tradesman Albert Wolff took over the business from Josef Knize in 1899. The name of the company remained even after this takeover, however, in 1888 it was additionally titled tailor to the court of the Austro-Hungarian Empire. Throughout the years Knize extended their product line, not only producing menswear, but also turning into a men’s outfitter and bringing a ladies wear section to life. Regardless of these expansions nowadays the tailoring company only specialises in menswear.

Before moving on to the final stop on this tour, continue on Graben until you reach Stephansplatz. Here you can see St. Stephan’s Cathedral (Stephansdom) in all its glory.- also lovingly nicknamed “Steffl” by the Viennese. Built in the gothic architectural style the cathedral is Vienna’s most famous landmark. This building also plays a vital role in the history of the Habsburgs-the Austrian dynasty that ruled the country for 600 years. Emperor Frederick III (Friedrich III) is buried inside the cathedral. The crypt holds many of the innards of other Habsburgs. Furthermore, many processions and ceremonies took place in this cathedral throughout the reign of the imperial family.

Empress Elizabeth (Sissi) and her jewellery

Back on Stephansplatz continue onto Neuer Markt via Seilergasse, where you will find the final stop of this tour. The jeweller shop A.E. Köchert is located in this street (Neuer Markt). The business was founded in 1814 and was jeweller to the court of the Austro-Hungarian Empire until the downfall of the Habsburg dynasty. The jeweller of the court even had the privilege of entering the chambers of the imperial family. The reason behind A. E. Köchert’s fame are his famous “Sissi Sterne” (little stars encrusted with diamonds), which empress Elizabeth (1837-1898), also known as Sissi, decorated her hair with and is even wearing this jewellery in one of her portraits. The “Sissi Sterne” are still available for purchase to this day and start at 300 Euros in their simplest design.

For over 100 years Austria has not been ruled by emperors/empresses or kings/queens, the monarchy fell apart in 1918. However, in spite of the monarchy’s dissolution, to this day you can spot purveyors to the court of the Austro-Hungarian Empire, albeit fewer than in imperial times.