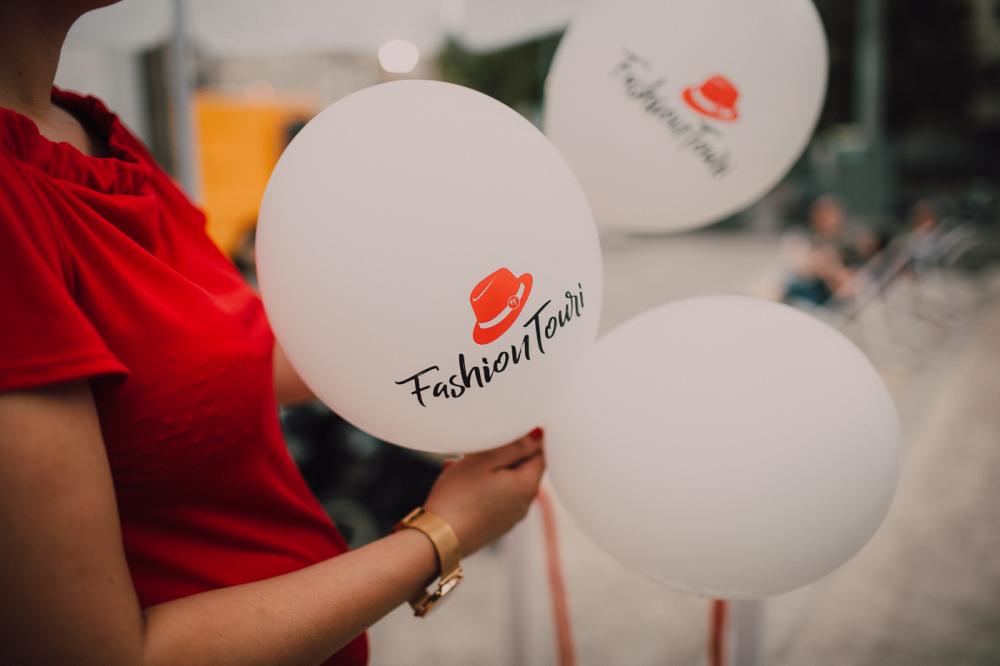 The idea of offering enthusiastic fashionistas and globetrotters a platform to network with local companies in different cities around the world was a thought that sparked “FashionTouri”. FashionTouri mainly stands for fashion and tourism, but much much more.

Everything started on a cruise ship. Ronja Scherzinger (founder & owner) first came up with the idea of FashionTouri, when she visited a variety of different cities in a short period of time via cruise. "I always felt the need to take something local home with me from a new city. It should always be something as individual and native to the place I visit, as possible", Ronja explains. Ronja applied the practicality and feasibility of this idea to Vienna and presented it to her family and friends. Very soon afterwards, she secured the domain www.fashiontouri.com and created the logo with her famous red hat!

From idea to start-up

Soon it became clear: FashionTouri could work as a start-up. In 2016, Ronja Scherzinger started to build up a network in the Austrian start-up scene. Among other things, she took part in the initiative Female Founders. "When I presented my idea at a meeting there, silence ruled the room, but luckily I received a lot of confirmation, which I needed, especially at the first stage of a new business", Ronja says. In the same year, FashionTouri was announced as the winners in the category "Early Stage" at the Business Riotin Vienna.

The success story continued in 2017. FashionTouri won the main category at the Women Startup Competition Europein Vienna. In the final stage of the competition, which took place in London, FashionTouri was rewarded first place in theCrowdfundingcategory. At the end of the year, she knew it was time: Ronja founded FashionTouri as a company.

In 2018, FasionTouri took part in the Founderslab - Crowdfundingof the Vienna Business Agency. In July 2018, Ronja was mentioned as one of the 100 Women in Europe to followin the magazine Forbes.

Starting any new challenge is hard – and we realized this with FashionTouri as well. Important economic decisions among other things turned out to be the first challenges when the company was found. Regardless, Ronja always says, “If you have your goal clearly in sight, and if you haven't given up for a long time, then you will accept all the paths you have to take”. However, confirmation from other people is a good fuel for the project. “The start is rocky and difficult, but the greatest appreciation for this project would be if a company came to us at some point and said: ‘because you exist, we didn't have to close down,’” Ronja summarizes.

FashionTouri in five to ten years

"FashionTouri is not about being the next big tourism platform that satisfies all needs. FashionTouri must remain a special-interest medium," Ronja emphasizes. The focus of FashionTouri in the foreseeable future will be on building a bridge between the stationary trade and the digital appearance of companies. An e-commerce platform is also planned on the FashionTouri website. This will also enable the development of an international and regular clientele.

Furthermore, the users of FashionTouri will receive advantages if they register on the website. “FashionTouris”benefit from special discounts or a free coffee in certain shops that are members of the network. "An ideal FasionTouri is open-minded and interested in different cultures. A FashionTouri always takes a unique souvenir home", is how Ronja Scherzinger describes ideal users of the website.

For the future, Ronja wishes that the red hat will be globally recognized as a symbol that a particular shop belongs to the FashionTouri community. "We will not succeed in getting all people to change their minds but it would be nice if we could create the awareness that there is another way of doing things," says Ronja Scherzinger.